I recently completed an excellent book which examines how to deal with information presented as text. It’s called Taming Text from Manning. The authors do a good job of introducing each topic and explain how a number of open source tools can be applied to the problems each topic presents. I’ve not studied the latter but the former are a great introduction. 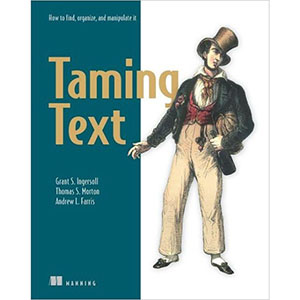 I have summarised each topic, below: